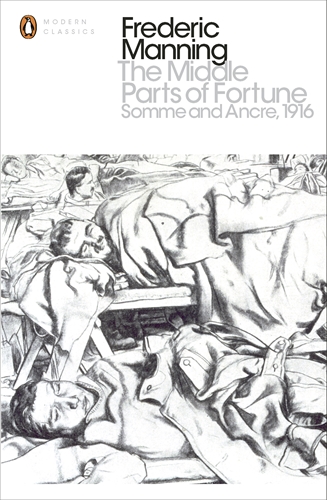 The Middle Parts of Fortune

A moving, raw and powerful novel about fighting on the front - 'The finest and noblest book of men in war that I have ever read' (Ernest Hemingway)

Bourne is a private fighting on the front. He is under pressure to accept a commission and become an officer, but he prefers to be among the ranks, drawn into the universal struggle for survival in a world gone mad.

Manning's startling work is unlike any other First World War novel in its portrayal of the lives of ordinary British soldiers: the trauma of the Somme; the moments of bloodlust; the camaraderie, rivalry, alcohol and boredom. Considered obscene for its language and previously published in censored form as Her Privates We, The Middle Parts of Fortune appears here in its raw, unexpurgated version.