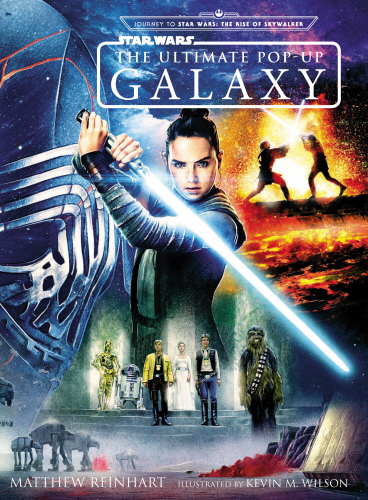 This glorious pop-up book is a fitting tribute to the entire Star Wars saga, covering all 11 movies, including a sneak peek at The Rise of Skywalker.

See Padmé battle alongside the Jedi and clone troopers, Luke train with Jedi Master Yoda on Dagobah, and Rey and Kylo Ren battle Supreme Leader Snoke’s Praetorian Guards, as well as other memorable moments from the saga.

With five intricate and detail-rich spreads that fold out into one breathtaking map of the entire Star Wars saga, Star Wars: The Ultimate Pop-Up Galaxy is the perfect gift for Star Wars fans of all ages.