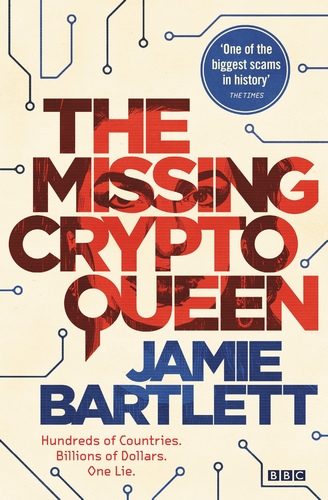 'An astonishing read, plunging you into a toxic world of Insta-wealth, betrayal and ruthless ambition... A con that made Theranos look like small fry' - The Telegraph

'The largest financial scam ever' - Fortune

Hundreds of Countries.
Billions of Dollars.
One Lie.

In 2014 a brilliant Oxford graduate called Dr Ruja Ignatova promised to revolutionise money and make people rich in the process. The future, she said, belonged to cryptocurrencies such as Bitcoin. And the self-styled cryptoqueen vowed that she had invented the Bitcoin Killer. She launched OneCoin, an exciting new cryptocurrency that she promised would not only earn its investors untold fortunes, it would change the world. OneCoin swept the globe - becoming one of the fastest companies to make $1 billion in revenue.

By 2017, billions of dollars had been invested in OneCoin in hundreds of countries, from the USA to Pakistan, Hong Kong to Yemen, and the UK to Uganda. But by the end of the year Ruja Ignatova had disappeared, along with the money, and it slowly became clear that her revolutionary cryptocurrency was not all it seemed.

The Missing Cryptoqueen tells the unbelievable story of the rise, disappearance and fall of Dr Ruja Ignatova. It is a modern tale of intrigue, techno-hype and herd madness that reveals how OneCoin became the biggest scam of the 21st Century.