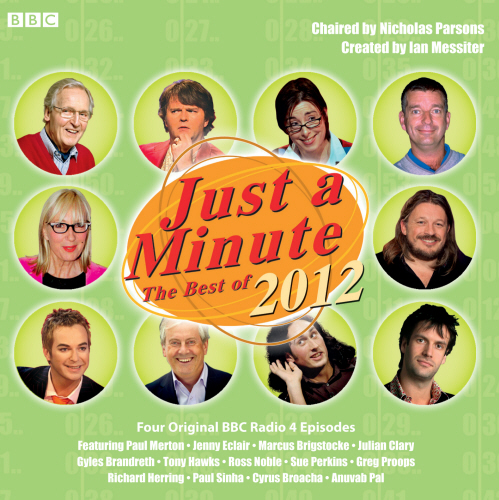 The Best of 2012 includes two very special episodes from the award-winning show. In the first, which celebrates Just A Minute's 45th anniversary, Paul Merton, Ross Noble, Jenny Eclair and Gyles Brandreth are given subjects from the first series in 1967, such as When I Wear A Top Hat, The English Nanny, Knitting A Cable Stitch Jumper, How To Perform A Cornish Floral Dance - and Derek Nimmo! Plus, there's a special from Mumbai, which features Indian comedians Cyrus Broacha and Anuvab Pal. Regulars Marcus Brigstocke, Julian Clary, Sue Perkins, Greg Proops and Tony Hawks welcome relative newcomers Richard Herring and Paul Sinha to give the game a go. So join host Nicholas Parsons and the distinguished panellists, as they use their intellect, imagination and verbal dexterity to beat the clock and win the points in these four ferociously funny shows.