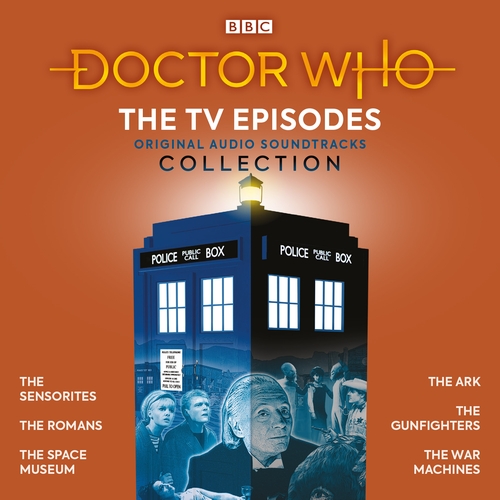 Doctor Who: The TV Episodes Collection

In 'The Sensorites' the Doctor and his friends visit an alien society with dark secrets.

In 'The Romans' Ian and Barbara are sold into slavery in First Century Rome, and the Doctor encounters Nero!

In 'The Space Museum' the travellers must work to avert a terrible potential future for themselves.

In 'The Ark' the Doctor, Steven and Dodo encounter the last humans to flee Earth with their alien servants, the Monoids.

In 'The Gunfighters' the TARDIS crewmembers try to avoid getting caught in crossfire at the OK Corral.

In 'The War Machines' the TARDIS lands in London, 1966, to find the brand new Post Office Tower being controlled by sinister supercomputer.

Each story has additional linking narration, and there are bonus interviews with William Russell, Maureen O'Brien, Peter Purves and Anneke Wills.