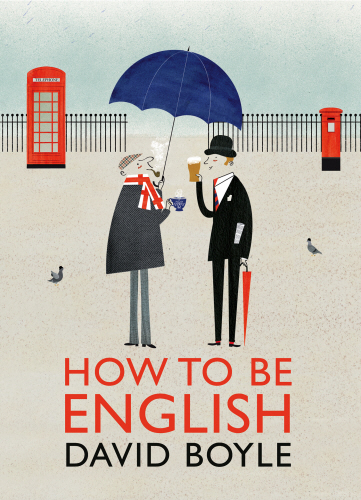 How to Be English

English culture is confused, muddled and often borrowed. The purpose of this book is to give the reader a complete grounding in the idiosyncrasies of the English and to pin down the absurdities and warmth of Englishness at its best.

Featured in this book are such established English cultural behemoths as the Beatles, Big Ben and the Last Night of the Proms alongside less celebrated quirks such as meat pies and the working man’s haven, the allotment. Here we celebrate the bell-ringers and Morris dancers, bowler hats (‘the symbol of respectable Englishness’) and cardigans (‘symbol of staid middle-class solidarity’). We examine the brutality of Punch and Judy and our historic love of fairies, once so much a part of the English psyche that they were described as ‘the British religion’.

At once fond and irreverent, laudatory and curious, How to Be English might just teach us how to be English once again.