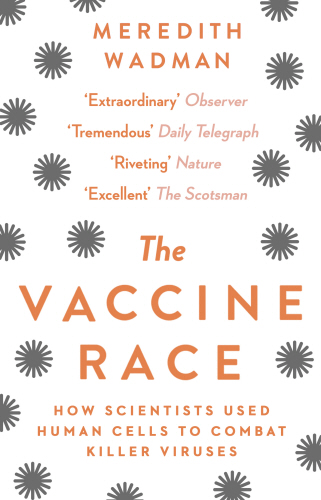 The epic and controversial story of a major breakthrough in cell biology that led to the conquest of rubella and other devastating diseases.

Until the late 1960s, tens of thousands of children suffered crippling birth defects if their mothers had been exposed to rubella, popularly known as German measles, while pregnant. There was no vaccine and little understanding of how the disease devastated foetuses. In June 1962, a young biologist in Philadelphia produced the first safe, clean cells that made possible the mass-production of vaccines against many common childhood diseases. Two years later, in the midst of a German measles epidemic, his colleague developed the vaccine that would one day effectively wipe out rubella for good.

This vaccine - and others made with those cells - have since protected hundreds of millions of people worldwide, the vast majority of them preschool children. Meredith Wadman’s account of this great leap forward in medicine is a fascinating and revelatory read.