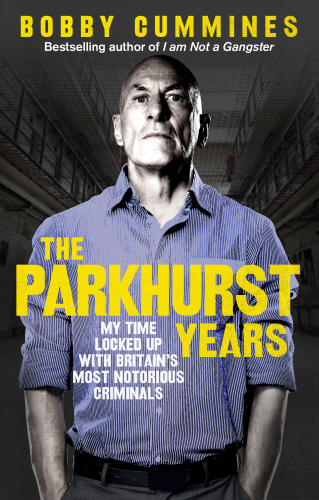 My Time Locked Up with Britain’s Most Notorious Criminals

‘The next stage meant that there was no going back. An Irish prisoner stepped forward and slipped a blade into my hand. I felt the ice cold metal and pressed it against the governor’s cheek. I thought to myself: would they ever release me after this?’

Bobby Cummines was only 28 when he passed through the grim gates of Parkhurst, Britain’s Alcatraz, as a category-A prisoner with a host of crimes to his name. Joining the most notorious gangsters and criminals of the day – from the Krays, the Yorkshire Ripper and Charles Bronson, to high ranking members of the IRA – nothing could have prepared him for the brutal regime, violent convicts, vindictive screws and riots on the inside. It’s the story of Britain’s most hellish prison, from one of its hardest inmates.