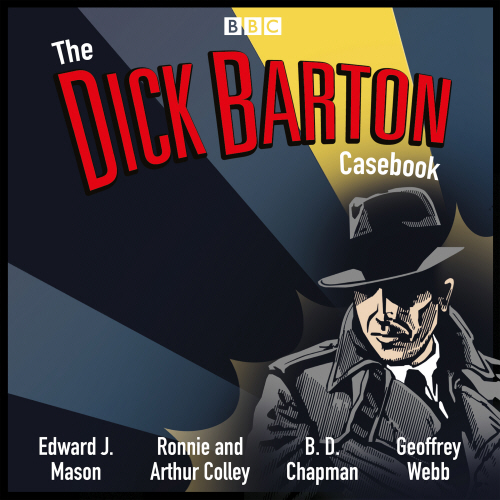 In their very first adventure, Dick Barton and his army friend Snowey White join Colonel Gardiner of military intelligence to defeat the villainous Wilhelm Kramer. A new super-weapon has been stolen and Kramer plans to use it to hold the world to ransom.

Dick Barton and the Paris Adventure
In the second Dick Barton adventure, Barton and his friends join forces with the French police on the trail of an international smuggling operation.

Dick Barton and the Cabatolin Diamonds
The third adventure in the series sees Dick and Snowey’s holiday plans for a Mediterranean cruise curtailed, when they are asked to help Freddy Belfont from the Home Office break a gang of diamond smugglers.

Dick Barton and the Smash and Grab Raiders
Dick, Snowey and Jock assist Sir Alexander Morton to catch a group of audacious smash and grab raiders.

Plus a bonus CD including three previously unreleased isolated episodes; the earliest surviving recording from the series and the final episode ever made. Also included is a documentary featuring interviews with the principle cast and an extract from the now lost Dick Barton and the Bonazio Gang.