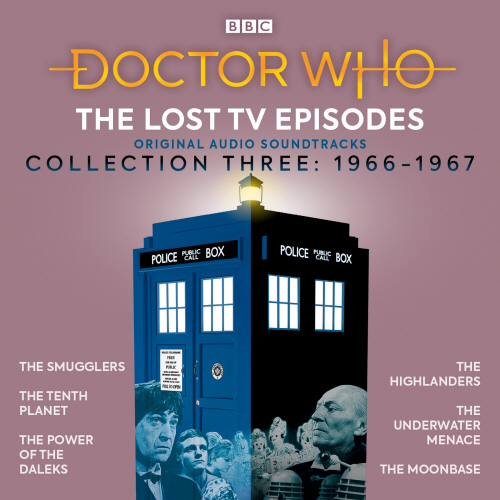 Absent from the TV archives, these stories survive in their entirety only as soundtrack recordings. Now remastered, with additional linking narration, you can enjoy them again: plus bonus interviews with Anneke Wills, and the BBC Radio 3 programme Dance of the Daleks.

In The Smugglers, the travellers have an adventure in 17th Century Cornwall with pirates and hidden treasure; in The Tenth Planet Earth's twin planet enters the solar system and brings with it the Cybermen; in The Power of the Daleks a new Doctor must fight the Daleks on the swamp planet Vulcan; in The Highlanders the TARDIS arrives in Scotland after the battle of Culloden; in The Underwater Menace it lands above the long-lost city of Atlantis; in The Moonbase a weather control station is in the grip of plague - caused by the Cybermen.

In the bonus feature Dance of the Daleks, Matthew Sweet investigates the weird and wonderful sound world of Doctor Who.