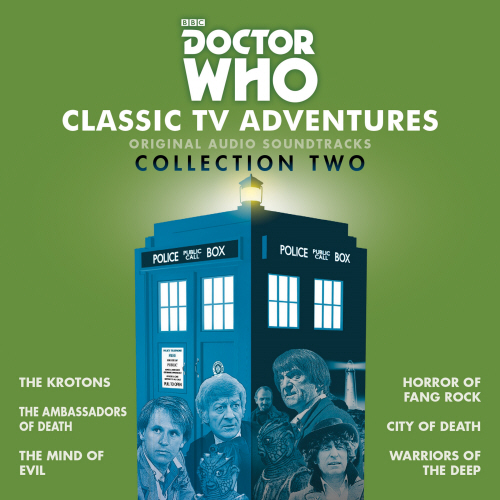 Each one is enhanced with linking narration by a member of the original cast, including Frazer Hines, Caroline John, Richard Franklin, Louise Jameson, Lalla Ward and Janet Fielding.

The six stories included in this volume are 'The Krotons', 'The Ambassadors of Death', 'The Mind of Evil', 'Horror of Fang Rock', 'City of Death' and 'Warriors of the Deep', and they feature encounters with crystalline monsters, lost aliens, an alien mind parasite, a Rutan scout, Scaroth of the Jagaroth, and the combined might of the Silurians and the Sea Devils.