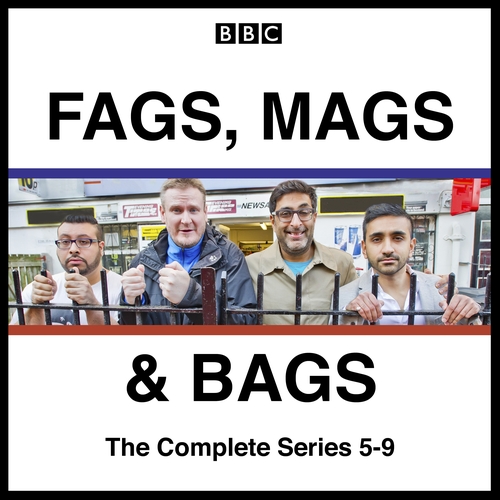 'As mad as ever - and very funny' Daily Mail

Ramesh Mahju and his trusty sidekick Dave Legg are back with more banter, bargains, shop-based shenanigans and over-the-counter philosophy.

In these 24 episodes, Ramesh gets in trouble with the local headmistress over his new line of sweets, has a wobble about his Meat Loaf date with new girlfriend Malcolm, ponders retiring (but who would take over his convenience store empire?) and makes a mint when the new House of Wax opens in Lenzie, and the town is besieged by tourists.

However, his surly sons Sanjay and Alok continue to reject Ramesh's worldly wisdom, preferring to make music with their new friend Grebo (aka Carnaptious Scrooch). And when the Bish spots Sanjay busking in East Kilbride, he's forced to confess that he's not been entirely truthful about his college education.

Dave, meanwhile, explores every avenue to find a partner, from internet dating to wondering whether to take his 'bromance' with best pal Lesley to the next level. When he meets Margot on a Moving Alan fan site, he's on cloud nine - but not everyone is convinced...

Plus, the Wall of Crisps is rocked by scandal, as the bag placement of a new range of Scottish political snacks is hotly debated; and love is in the air as the corner shop regulars prepare for a wedding. But will Sanjay perform at the reception with his new horrible band?