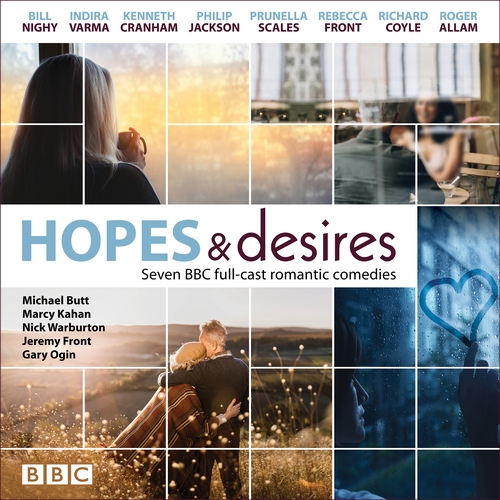 Written by a host of top radio writers and starring some of Britain's finest actors, these sparkling, beautifully crafted comedy dramas are centred around people with unconscious yearnings. From the serial seducer to the lonely mother's boy, each is looking for love - but will they find it?

Vongole by Michael Butt: Oxford professor Tristram Swann's favourite pastime is wooing his female students with Petrarch and pasta. But what is he really after? Starring Bill Nighy.

The Non-Entity by Marcy Kahan: Once a successful Soviet hack, Dimitri hasn't sold a story since the fall of Communism. So why has a British publisher flown out to Moscow to see him? Starring Kenneth Cranham, Eleanor Bron and Sylvestre Le Touzel.

Toad Squad by Nick Warburton: Bitter at being retired prematurely, Reg embarks on a mission to protect the humble toad. Starring Philip Jackson and Amanda Root.

The Anniversary Waltz by Jeremy Front: Deli owners Max and Shirley spend their days sniping at one another - but a sudden epiphany makes them realise things have got to change... Starring Prunella Scales, Roger Allam and Rebecca Front.

Catching Heathcliff by Nick Warburton: Lindsey dreams of someone brooding and passionate - and then Morton walks into her book group... Starring Philip Jackson and Amanda Root.

Battersea Triangle by Michael Butt: Passive Dougie is trapped in a relationship with his domineering boss, Angela. When he meets the docile India, his problems seem to be over - but are they just beginning? Starring Mark Benton, Christine Kavanagh and Indira Varma.

The Dangers of Self-Hypnosis by Gary Ogin: Having had no luck with speed-dating, Maurice turns to a self-hypnosis CD to find romance. Exploring his subconscious, he finds the beautiful Rachel... Starring Richard Coyle, Prunella Scales and Sophie Winkleman.


Produced and directed by Peter Kavanagh