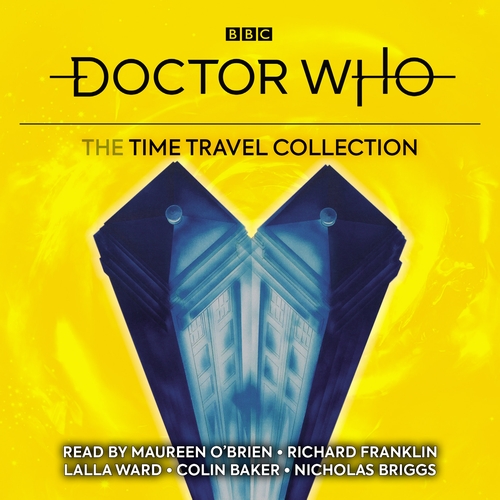 Doctor Who: The Time Travel Collection

Four exciting novelisations of classic TV stories in which the Doctor and his companions traverse the Fourth Dimension.

In Doctor Who: The Space Museum, by Glyn Jones, the TARDIS jumps a time-track, allowing its occupants to witness themselves as exhibits in a glass case: a future they must avoid at all costs.

In Doctor Who and the Day of the Daleks, by Terrance Dicks, a 20th Century peace conference is threatened by guerillas from the future, intent on changing the course of history.

In Doctor Who: City of Death, by Douglas Adams and James Goss, the Doctor and Romana witness dangerous fractures in time whilst on holiday in Paris, and must determine the cause.

In Doctor Who: The Two Doctors, by Robert Holmes, a set of temporal experiments concern the Time Lords enough to dispatch the Second Doctor on a mission; when it goes wrong, it seems only the Sixth Doctor can save him!