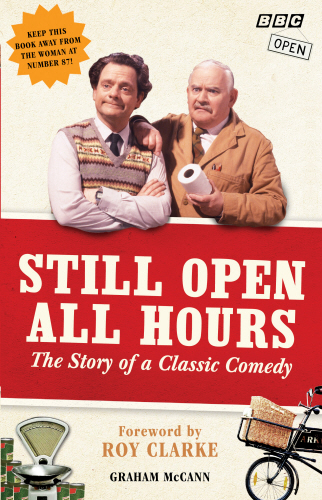 The Story of a Classic Comedy

From its first episode in 1973, Open All Hours was an instant hit. Audiences around Britain loved its familiar setting, good natured humour, and the hilarious partnership of Ronnie Barker and David Jason. Whilst it only ran for 26 episodes, it firmly cemented itself as a British comedy classic.

To celebrate the 40th anniversary of the show in 2014, the BBC revived it for a one-off Christmas Special. Still Open All Hours was swamped by a tsunami of audience affection and the BBC promptly commissioned a full series. The first episode of the fifth series is expected to air in late 2014.

With recollections from David Jason, his fellow cast members, and from the scriptwriter Roy Clarke, plus never before seen BBC archive material, acclaimed popular TV historian Graham McCann tells the inside story of this very British sitcom, with wit, insight and affection.