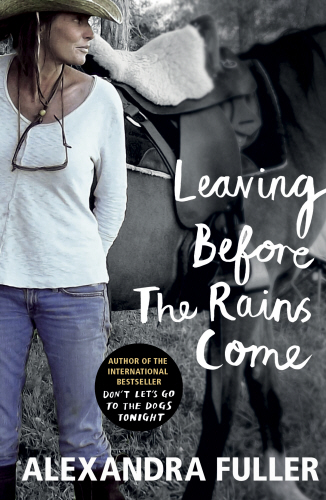 Leaving Before the Rains Come

Born in England and uprooted to southern Africa as a toddler by her parents, Alexandra Fuller experienced a unique upbringing – both coloured with tragedy and joy – against the backdrop of the Rhodesian wars. Following her marriage to American Charlie Ross, she leaves Africa for Wyoming in the United States. This sequel to the bestselling Don’t Let’s Go to the Dogs Tonight vividly captures the highs, lows and ultimate dissolution of Fuller’s twenty-year marriage and her unbreakable tie to her African past as she searches for explanations for the present and answers for the future.

Interlaced with stories from her childhood in Africa, Fuller paints a brilliant picture of an expatriate’s love for her homeland, a daughter’s acceptance of her father and the moving journey of her marriage and divorce. Poignant, candid and wistfully humorous, Leaving Before the Rains Come will resonate with anyone who has ever fallen out of love – with a person, idea or a place – and into self-acceptance and the belief that only we can save ourselves.