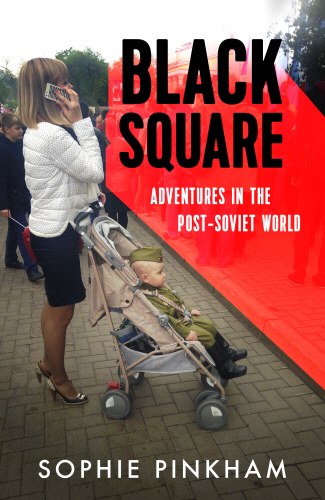 'Lively and engaging' Financial Times
'Empathetic and deeply humanising' Peter Pomerantsev, author of This is Not Propaganda

Each time Ukraine has rebuilt itself over the last century, it has been plagued by the same conflicts: corruption, poverty, and most of all Russian aggression. Sophie Pinkham saw all this and more over ten years in Ukraine and Russia, a period that included the Maidan revolution of 2013-14, Russia's annexation of Crimea, and the ensuing war in Donbass.

With a keen eye for the dark absurdities of post-Soviet society, Pinkham presents a dynamic account of contemporary Ukrainian life. She meet a charismatic doctor helping to smooth the transition to democracy even as he struggles with drug dependence; a band of Ukrainian, Russian, and Belarusian hippies in a Crimean idyll; and a Jewish clarinetist agitating for Ukrainian liberation. These fascinating personalities deliver an indelible impression of a country on the brink.

Black Square is necessary reading for anyone who wishes to learn the roots of the current Russo-Ukrainian war and the personal stories of the people who live it every day.

'Elegant, suggestive, ominous, beautiful, and deceptively simple . . . Perhaps the only thing more impressive than the sheer number and diversity of people Sophie Pinkham has spoken to is how deftly she has woven their stories into a single compulsively readable narrative.' Elif Batuman, author of The Idiot