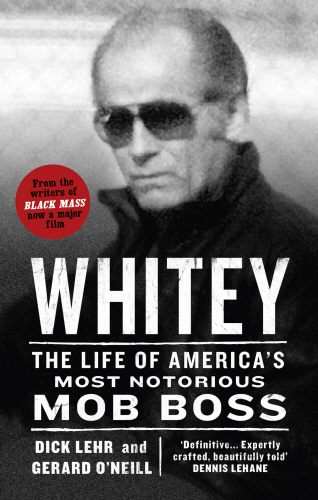 From the bestselling writers of Black Mass, now a major film, comes the definitive biography of Whitey Bulger – the most brutal modern day mafia boss since Gotti.

Drawing on previously classified material, Whitey tells the story of James J. ‘Whitey’ Bulger, the crime boss, psychopath and killer who brought the FBI to its knees. From his childhood on the streets of South Boston and his cell in Alcatraz in the 1950s, to the corrupt pact with the FBI and the fifteen years he hid in plain sight as one of the FBI's Ten Most Wanted, Whitey is the story of corruption, greed and an insatiable hunger for power and control. A sadistic crime boss who liked to get his hands dirty even at the top, this explosive biography creates a portrait of a monster, and one of the most successful organised crime careers of all time.