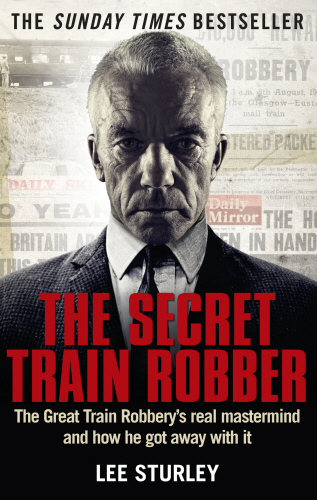 The Crime of the Century. The biggest train heist in Britain’s history. The Great Train Robbery.

In the early hours of Thursday, 8th August 1963, a fifteen-strong gang stole £2.6 million (£45 million of today’s money) from the Glasgow to London mail train at Sears Crossing, Buckinghamshire.

The crime was so epic; every single development of the case was followed tirelessly by the press.

Countless books have since been published and, even today, films, television dramas and documentaries continue to study the smallest of details of one of the most daring and cleverly concocted criminal plans of all-time.

Much of the gang were later captured and paid the price with lengthy jail sentences. But 50 years on, many still question who the real mastermind behind the plot. For years most people accepted that Bruce Reynolds was but is that really the case?

One man knows the answer and the true identity of the man behind the robbery all too well.

In this engrossing biography, the only living person who personally knows the real mastermind revisits the Great Train Robbery and rewrites history as we know it. Full of explosive, fresh revelations, The Secret Train Robber sees the final piece of the puzzle firmly set in place and the name of one of Britain’s most sophisticated criminal minds ever is finally revealed.