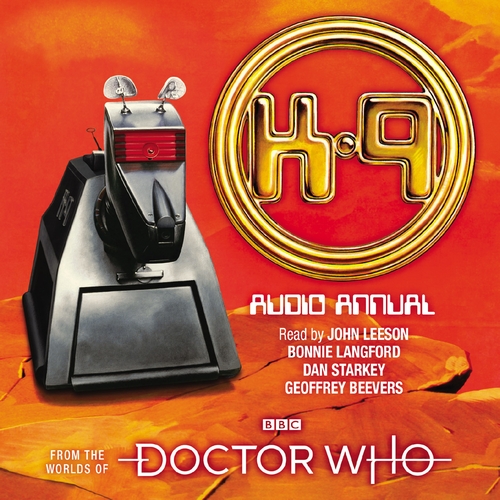 Doctor Who: The K9 Audio Annual

From the Worlds of Doctor Who

Everyone's favourite mutt-shaped automaton fdiscovers that both outer space and 1980s Earth can be fraught with danger in these colourful tales from the pages of K9 Annual and Doctor Who Annual.

Following their exploits in K9 & Company, Sarah Jane and K9 embark on a watery mission in The Monster of Loch Crag. In Powerstone there's something extraordinary in the cellar of Aunt Lavinia's house, and then K9 is the centre of attention at a Midsummer Night's ceremony in Hound of Hell. Later, Sarah finds that the thrills of a blockbuster movie set are all too real in The Shroud of Azaroth.

K9's travels in the TARDIS are also covered in this collection: when the Doctor, Romana and K9 arrive at an intergalactic conference they must avert The Voton Terror. Later they're ensnared by the Light Fantastic on Planet UX80, and when the Doctor visits an old friend they encounter some very Reluctant Warriors.