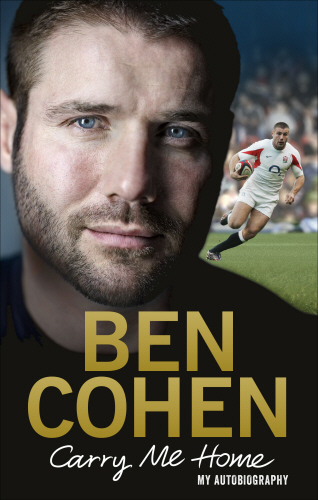 Ben Cohen’s dad didn’t know anything about the sport his young son had taken up, but he was happy to drive him to practice, and was soon helping out at the club. When his business went bankrupt money was tight, but Ben’s hard working parents inspired their son to put his all into rugby.

Then, when Ben was 20, his father intervened in a fight in the nightclub where he worked. He was viciously beaten and one month later he died in hospital. Ben was doing an England press conference at the time, and it was down to coach Clive Woodward to deliver the devastating news. But the ordeal was far from over. The inquest lasted five months before the funeral could be held, and it was a year before the family were in court, facing Peter’s assailants.

Ben put all of the anger and pain from his father’s death into his rugby. Fast and powerful on the wing, he was soon the best in the world in his position and a cornerstone of the England team, culminating in the legendary World Cup win in Sydney in 2003. And yet he always felt like an outsider. Most people didn’t know that Ben is clinically deaf. His sixth sense for the game got him through on the pitch, but off it his poor hearing was often taken for arrogance.

This is an inspirational story of passion and pain; of the highs of achieving your goals, and the grief of losing something you can never get back.