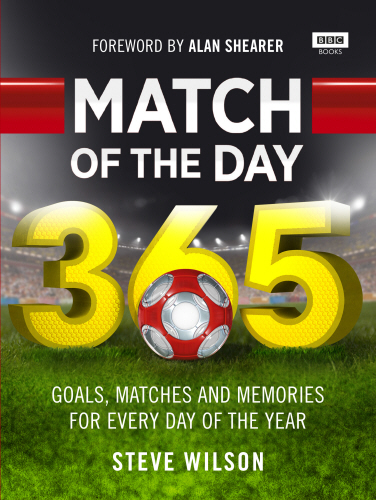 For over half a century, Match of the Day has been essential viewing for football fans, whatever their allegiance – and no programme has captured the star-studded era of the Premier League better. From Wayne Rooney’s first stunning goal and Sergio Aguero’s last second title winning strike to England’s many penalty heartaches, the Match of the Day team has helped us all create indelible football memories.

Written by Steve Wilson, one of the show’s leading commentators, Match of the Day 365 takes us day by day through the drama, glory and heartache of the Premier League era. Revisiting classics matches, thrilling goals, controversial decisions, game-changing transfers and more, Steve has created a fascinating portrait of modern football, and an essential addition to any football fan’s collection.