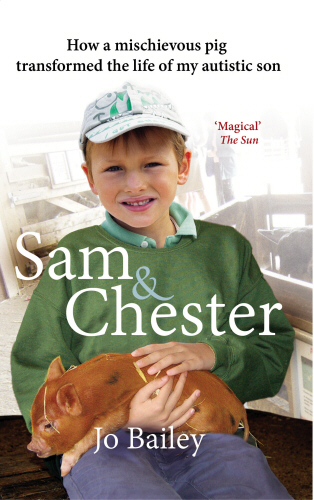 How a Mischievous Pig Transformed the Life of My Autistic Son

When Sam Bailey-Merritt was just two years old, almost overnight he lost the ability to communicate or function. His mother, Jo, was at a loss as to what to do as she saw her son grow increasingly isolated and begin to suffer from uncontrollable meltdowns. Eventually, Sam was diagnosed with autism.

Sam's condition continued to worsen and, just when Jo had all but given up hope of being able to help him, the family went on a day trip to a nearby miniature pig farm. Sam immediately bonded with a tiny ginger piglet called Chester, who stood sad and alone, apart from the rest of the litter. The connection between the boy and the animal was immediate and their unusual friendship blossomed from the moment the family brought Chester home. The tiny pig refused to leave Sam's side - it was as if he knew that Sam needed a friend. And, for the first time in five years, Jo saw her son really laugh.

While Sam's confidence grew, Chester grew in a different way: the micro pig that was supposed to become the size of a Cocker Spaniel in fact ballooned to three times that size - with hilarious consequences for the family! Chester has turned Sam's life around. He now has the ability to communicate his feelings, make friends and is caring and kind towards others.

Sam and Chester is the heart-warming story of how a teacup-sized ginger pig helped to transform the life of a boy with autism. It is the emotional story of a mother's fight to win back her son.