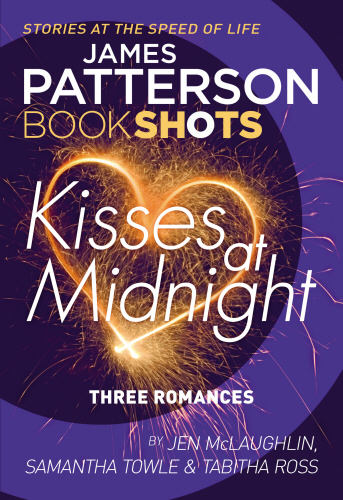 THE MCCULLAGH INN IN MAINE by Jen McLaughlin
Chelsea O'Kane escapes to Maine with fresh bruises. She's ready to begin anew – until she runs into her old flame, Jeremy Holland. As he helps to fix her inn, her heart heals and they rediscover what they once loved about each other. But as the two play house, it starts to seem too good to last...

SACKING THE QUARTERBACK by Samantha Towle
Quarterback Grayson Knight has a squeaky-clean reputation in the world of American football. So when he's arrested for drug possession, lawyer Melissa St. James knows that something doesn't add up. It's clear he's hiding something, though he denies it. But there's one thing he can't deny – he wants Melissa.

SEDUCING SHAKESPEARE by Tabitha Ross
A brand-new romance, published for the very first time! William Shakespeare has fallen in love with the beautiful Marietta DiSonna. Her fiery heart has inspired his sonnets and her steady gaze, his plays. But what Shakespeare doesn't know is that all the men and women are merely players in a grand production, and even Marietta is acting a role. Unless Shakespeare can seduce her in return...