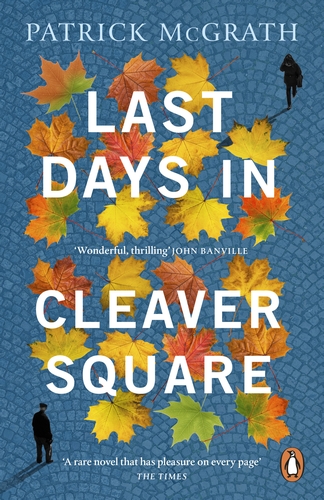 FROM THE INTERNATIONAL BESTSELLING AUTHOR OF ASYLUM, TRAUMA AND THE WARDROBE MISTRESS

'Wonderful, thrilling' JOHN BANVILLE
'Has pleasure on every page' TIMES

It's 1975 and Francis McNulty, ageing poet, retired, is living in his childhood home in Cleaver Square with his daughter Gilly. Haunted by memories of the Spanish Civil War, in which he drove an ambulance, he sees awful visions of his old nemesis, General Franco, and is powerfully reminded of a terrible act of betrayal he committed in Spain. When Gilly announces her upcoming marriage, Francis is forced to confront his past, once and for all.

'Impressive' GUARDIAN
'A very moving portrayal of a complicated father-daughter relationship, neither of them fully able to break away' RACHEL JOYCE