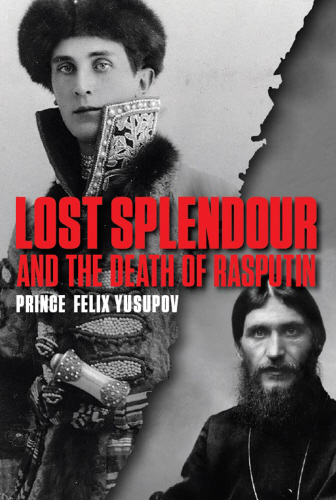 Lost Splendour and the Death of Rasputin

In this extraordinary memoir Prince Felix Felixovich Yusupov recounts the early, heady days of the 20th century and his plot to kill the 'mad monk' Rasputin in gruesome, thrilling prose.

After a glamorous life in England, partying with the rich and famous at Oxford and London he eventually returned to Russia where he married Princess Irina of Russia, the Tsar's only niece, only to realise that his beloved Russia was on the verge of catastrophe, blaming Rasputin for his disastrous influence on the Tsar Nicholas and Tsarina.

On the night of 30th December 1916, Yusupov murdered Rasputin, an event relayed in chilling detail in these memoirs.