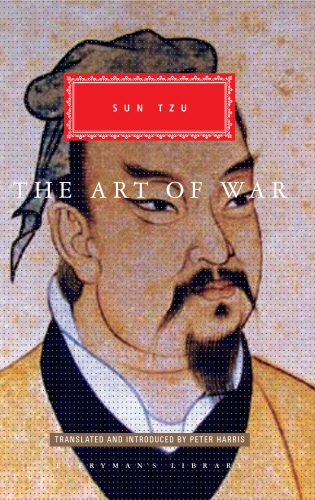 The Art of War

Written over two thousand years ago, The Art of War contains penetrating insights into the nature of power, inter-state rivalry, realpolitik and military success, relevant to any age. It was first translated into English in the early 20th century. Sun Tzu's short lines of argument and pithy aphorisms are highly accessible to modern readers, and his text has almost achieved cult status. He is quoted everywhere 'from divorce courts to Facebook', and has something to offer anyone interested in honing leadership skills and achieving in any competitive environment 'from the boardroom to the bedroom'. Sun Tzu's advice is shrewd and pragmatic - he does not glory in slaughter and prefers to win battles off the battlefield if possible; he is a strong supporter of the use of deception, of varying your shots and above all, of doing your research: knowing your enemy is key; but of little use if you do not also 'know yourself'.

The iconic text in its original 13 short chapters printed unencumbered by notes
The text repeated, this time interspersed with selected extracts from the canon of traditional Chinese commentators who have explained Sun Tzu's wisdom over the centuries; each chapter ending with an explanatory note from Peter Harris