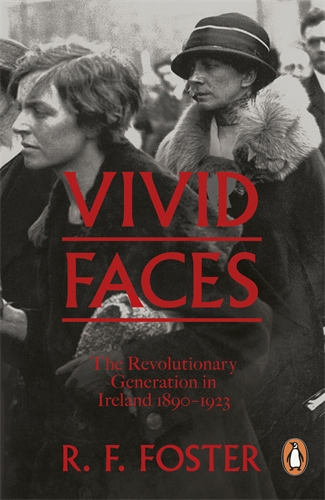 The Revolutionary Generation in Ireland, 1890-1923

OBSERVER BOOKS OF THE YEAR 2015

'The most complete and plausible exploration of the roots of the 1916 Rebellion... essential reading' Colm Tóibín

Vivid Faces surveys the lives and beliefs of the people who made the Irish Revolution: linked together by youth, radicalism, subversive activities, enthusiasm and love. Determined to reconstruct the world and defining themselves against their parents, they were in several senses a revolutionary generation.

Looking back from old age, one of the most magnetic members of the revolutionary generation reflected that 'the phoenix of our youth has fluttered to earth a miserable old hen', but he also wondered 'how many people nowadays get so much fun as we did'. Working from a rich trawl of contemporary diaries, letters and reflections, Vivid Faces re-creates the argumentative, exciting, subversive and original lives of people who made a revolution, as well as the disillusionment in which it ended.