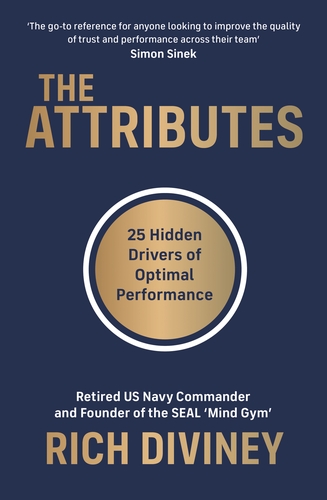 'So much of what I know about trust I learned from Rich Diviney'- Simon Sinek
'Incredible... explains why some people thrive - even when things get hard' - Charles Duhigg
'If you care about getting better, you need to buy this book' Daniel Coyle

Learn the secret to being your best

During his twenty years as a Navy officer and SEAL, Rich Diviney was intimately involved in specialized SEAL selection, whittling hundreds of extraordinary candidates down to a handful of elite performers. But Diviney was often surprised by who succeeded. Those with the right skills sometimes failed, while others he had initially dismissed became top performers. Why weren't the most skillful candidates the ones who would succeed best in some of the world's toughest military assignments?

Through years of observation, Diviney cracked the code: beneath obvious skills are a successful recruit's core attributes, the innate traits for a person's performance as an individual and in a team. This book defines these key attributes - including cunning, adaptability, even narcissism - so you can identify and understand your own and those of people around you, helping you perform optimally in all areas of your life.