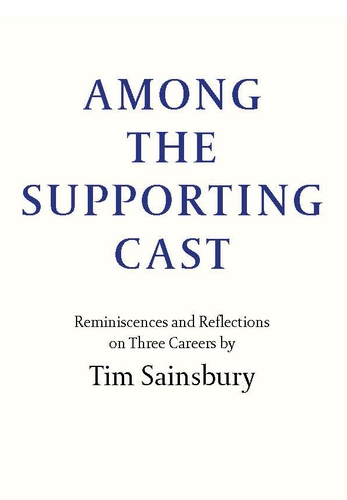 Among the Supporting Cast

This business book-cum-political and cultural memoir, which gives a behind-the-scenes look at the revolution of one of the great retail dynasties of the world, will resonate with readers questioning our current malaise.

As a fourth generation Sainsbury, Tim was the director responsible for the company's development programme from 1962 to 1974, a key period during which the radical change from counter service to self-service supermarkets took place. His retail insight and reflections, including on competition, management and remuneration, and the role of Government, will be especially relevant as we witness a new retail revolution and crisis on our high streets.
Sainsbury's second calling was as a politician. This book has a foreword by Michael Heseltine, in which he writes that: 'Of particular interest to the political student will be Tim's reflections on the changes he lived through in Parliament itself. The working conditions there are unacceptable, there are too many MPs, and the increasing social pressures particularly from the internet are making it increasingly difficult to attract men and women of the calibre ministerial responsibility demands.'

In Among the Supporting Cast, Sainsbury tells this story with warmth, wisdom and a self-deprecating sense of humour.