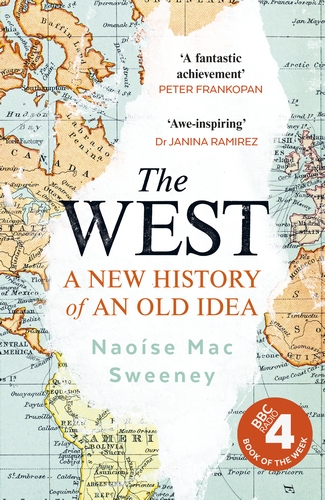 A New History in 14 Lives

Many of us assume Western Civilization derives from a cultural inheritance that stretches back to classical antiquity, a golden thread that binds us from Plato to NATO.

But what if all this is wrong? What if the Western world does not have its ultimate origins in a single cultural bloodline but rather a messy bramble of ancestors and influences? What if The West is just an idea that has been invented, co-opted, and mythologised to serve different purposes through history?

As battles over privilege, identity and prejudice rock the cultural wars, it's never been more important to understand how the concept of The West came to be. This book tells a bold, empowering new story of how the idea of the West was created, how it has been used to justify imperialism and racism, and also why it's still a powerful ideological tool to understand our world.

Told through the lives of fourteen fascinating historical figures -- from a powerful Roman matriarch to an Islamic scholar, from a crusading Greek soldier to a founding father of the United States, from a slave girl in the new Americas to a British prime minister -- it casts a new light on how the West was invented, embraced, rejected and re-imagined to shape our world today.