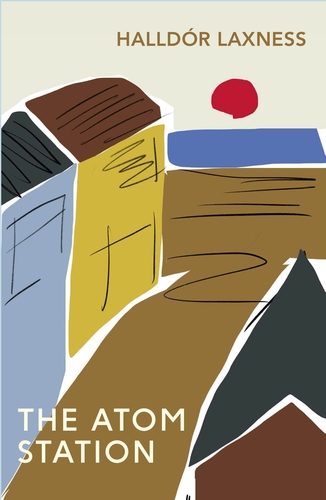 When the Americans make an offer to buy land in Iceland to build a NATO airbase after the Second World War, a storm of protest is provoked throughout the country. Narrated by a country girl from the north, the novel follows her experiences after she takes up employment as a maid in the house of her Member of Parliament. Her observations and experiences expose the bourgeois society of the south as rootless and shallow and in stark contrast to the age-old culture of the solid and less fanciful north.

'The Atom Station is the work of someone who has seen every cherished dream sold down the river, but who loves humanity too much to despair. His heroine refuses to be bullied or bought, a feminist before her time, full of curiosity and spirit' Guardian