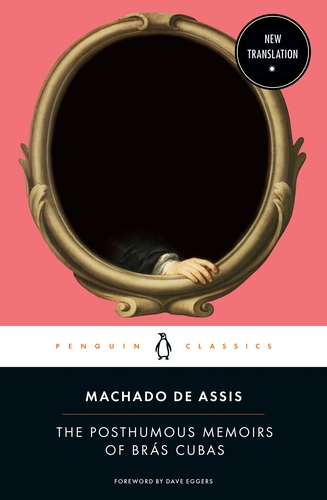 The Posthumous Memoirs of Brás Cubas

A revelatory new translation of the playful, incomparable masterpiece of one of the greatest Black authors in the Americas

Machado de Assis is not only Brazil's most celebrated writer but also a writer of world stature. In his masterpiece, the 1881 novel The Posthumous Memoirs of Brás Cubas (also translated as Epitaph of a Small Winner), the ghost of a decadent and disagreeable aristocrat decides to write his memoir. He dedicates it to the worms gnawing at his corpse and tells of his failed romances and half-hearted political ambitions, serves up hare-brained philosophies and complains with gusto from the depths of his grave.

Wildly imaginative, wickedly witty and ahead of its time, the novel has been compared to works by Cervantes, Sterne, Joyce, Nabokov, Borges and Calvino, and has influenced generations of writers around the world.