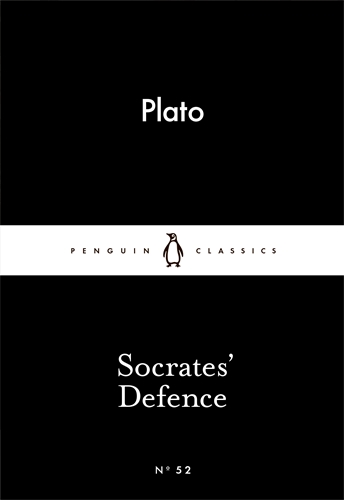 'I'll stop doing it as soon as I understand what I'm doing.'

Somewhere between a historical account and work of philosophy, Socrates' Defence details the final plea of Plato's beloved mentor.

Plato (474 BC-347 BC). Plato's works available in Penguin Classics are Republic, The Last Days of Socrates, The Laws, Phaedrus, Protagoras and Meno, Timaeus and Critias, Theaetetus, Early Socratic Dialogues, The Symposium and Gorgias.