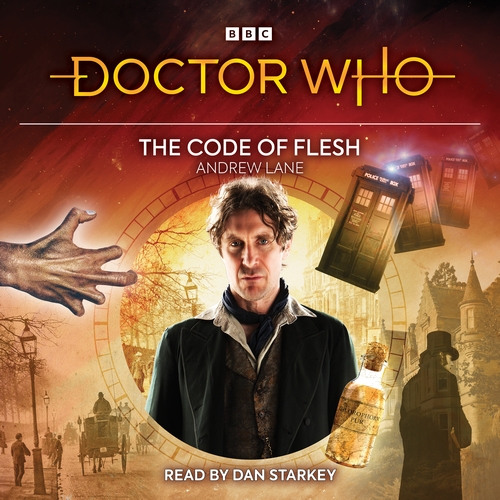 Doctor Who: The Code of Flesh

Dan Starkey recounts a brand new adventure in Victorian England for the Eighth Doctor, as played on TV by Paul McGann.

In 1890s Cardiff, reporter James MacFarlane is intrigued by rumours of 'anaesthesia frolics', at which gatherings the latest frontier in pain relief is demonstrated to influential guests.

After speaks to someone who attended several such 'frolics' - and left with a hand and two fingers missing - James realises that the events have a dark side. Contriving an invitation, he is astounded to find another guest also investigating - it's his old friend the Doctor!

Reunited in mystery, the Doctor and James enter the murky underbelly of polite Cardiff society, where they uncover a shattering secret - and a monster lurking at its heart.