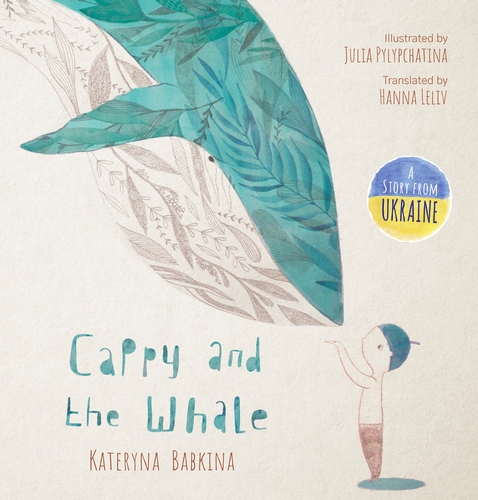 Cappy and the Whale

Perfect for fans of Patrick Ness's A Monster Calls, and with beautiful colour illustrations throughout, Cappy and The Whale is a unique and wonderful Ukrainian story which Puffin are proud to publish in English for the very first time.


One morning I glanced out the window and saw a whale floating in the sky. The whale was blue and grey, large and clumsy, yet he was just rolling along and gliding on the warm sunny breeze with surprising grace.

When eight-year-old Cappy discovers a whale swimming outside of his bedroom window, it's fair to say he's quite surprised. Given how long he's spent in hospital, Cappy has had plenty of time to read a LOT of books on animals, and he's never heard of a whale that can fly.

What with his leukaemia, Cappy's used to not being allowed to do things he wants - like eating sweets, playing with dogs, or roaming too far from his protective family - so he's delighted when the amazing whale not only speaks to him, but asks him to join him for a ride in the sky. Soon, Cappy and the whale are the best of friends, and together they will go on an amazing journey of imagination, hope and curiosity.

To mark the publication of this book in hardback, Puffin is donating £5000 to the National Literacy Trust's campaign to support Ukrainian child refugees. Puffin does not expect to make a profit from this title, but any publisher profits driven by sales of the hardback book will additionally be donated. More information on the scheme can be found at: www.literacytrust.org.uk/ukraineappeal