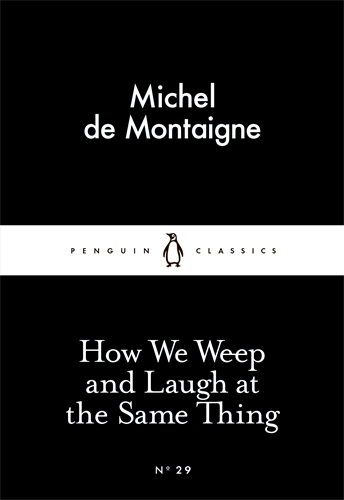 How We Weep and Laugh at the Same Thing

'No one characteristic clasps us purely and universally in its embrace.'

A selection of charming essays from a master of the genre exploring the contradictions inherent to human thought, words and actions.

Michel de Montaigne (1533-1592). Montaigne's works available in Penguin Classics are The Complete Essays, An Apology for Raymond Sebond, On Friendship, On Solitude and The Essays: A Selection