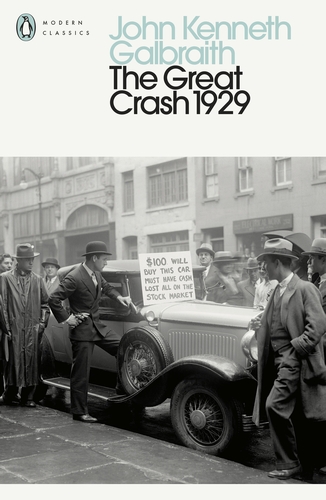 John Kenneth Galbraith's now-classic account of the 1929 stock market collapse remains the definitive book on the most disastrous cycle of boom and bust in modern times.

Vividly depicting the causes, effects, aftermath and long-term consequences of financial meltdown, Galbraith also describes the people and the corporations who were affected by the catastrophe. With its depiction of the 'gold-rush fantasy' ingrained in America's psychology, The Great Crash 1929 remains a penetrating study of human greed and folly.