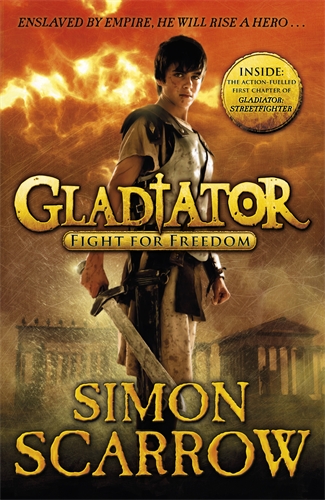 RECRUITED as a gladiator, young Marcus Cornelius Primus faces a new life of brutal training, governed by strict rules, as he learns the skills of an elite warrior.

But Marcus cannot simply forget his past. His father lies murdered by soldiers and his mother has been kidnapped and forced into slavery. Marcus is determined to find his father's old commander, Pompeius the Great, to seek justice for his family and set his mother free.

Yet, unbeknown to him, Marcus is hiding a life-threatening secret. And if the Romans discover it, there will be no escape . . .