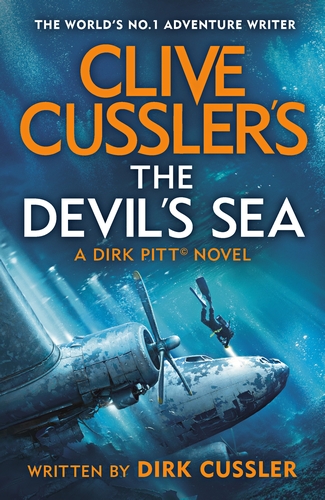 DIRK PITT IS BACK. AND ON HIS SHOULDERS RESTS THE FATE OF THE ENTIRE PLANET.

PRE-ORDER THE LATEST THRILL RIDE FROM THE GRAND MASTER OF ADVENTURE, CLIVE CUSSLER
_________

In 1959 a Skytrain plane flees Tibet - carrying a precious artefact - but after crossing the Himalayas it is never seen again . . .

Sixty years later Dirk Pitt and NUMA are surveying near the Philippines when a rogue wave nearly sinks their ship. Diverting to rescue washed-away islanders, Pitt discovers the wave has raised a sunken relic - an ancient cargo plane.

But before he can get to the bottom of one mystery, Pitt is hit with another: beat the Chinese military to find a lost hypersonic missile. Yet what should be a simple search and retrieve reveals evidence of a far more dangerous weapon.

Because the rogue wave that almost sank Pitt and devastated the islands was no natural phenomenon. And the weapon that caused it is to be turned on a much bigger target . . .

In his twenty-sixth adventure, Dirk Pitt is once again plunged into dangerous waters in a desperate race against time.