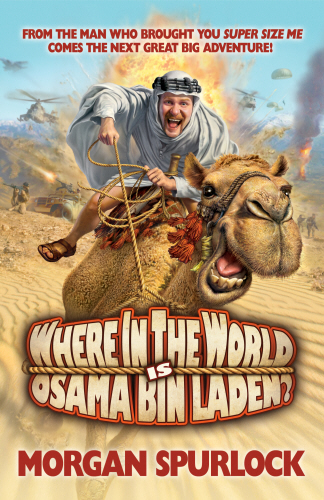 Where in the World is Osama bin Laden?

With a baby on the way and a need to make the world safe for infant-kind, an unassuming film-maker from West Virginia employs his complete lack of experience, knowledge and expertise to find the most wanted and dangerous man on earth.

Beginning his epic quest in New York City, he zigzags the globe in search of the bearded man: to Britain, France, Egypt, Morocco, Israel, Palestine, Saudi Arabia and Afghanistan, drawing ever closer to the heart of darkness in the tribal regions of Pakistan.

Along the way he interviews experts and imams, breaks the Ramadan fast with Muslim families, helps disarm bombs with an Israeli squad, accompanies the British and US Armies in Afghanistan, and much, much more ... all in an attempt to understand the Muslim world and the roots of the conflict overshadowing the globe today.