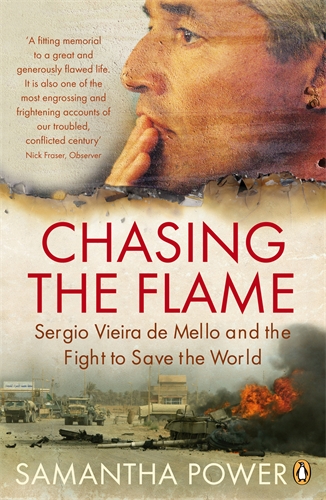 Sergio Vieira de Mello and the Fight to Save the World

Sergio Vieira de Mello-a humanitarian, peacemaker and state builder -was at centre of the most significant geopolitical crises of the last half-century. Born in 1948, just as the post-World War II order was taking shape, he died in a terrorist attack on UN headquarters in Iraq in 2003 as the battle lines in the twenty first-century's first great polarizing struggle were being drawn.

This is a dual biography: the story of a man who never stopped learning and the biography of a perilous world whose ills are too big to ignore but too complex to manage quickly or cheaply. Even as Vieira de Mello arranged food deliveries, organized refugee returns, or negotiated with warlords, he pressed his colleagues to join him in grappling with such questions as: When should killers be engaged and when should they be shunned? When is military force justified? How can outsiders play a role in healing broken people and broken places? He did not have the luxury of simply posing these questions; he had to find answers, apply them, and live with the consequences.