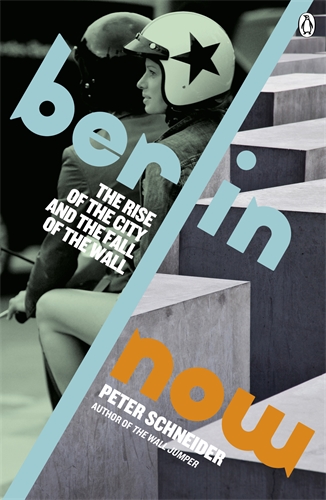 The Rise of the City and the Fall of the Wall

In Berlin Now, and on the 25th Anniversary of the fall of the Wall, a legendary Berliner tells the inside story of the city.

Over the last five decades, no other city has changed more than Berlin. Divided in 1961, reunited in 1989, it has morphed over the last twenty-five years into Europe's most vibrant melting-pot of artists, immigrants and entrepreneurs. Pieces of the wall are collected around the world. Blending memoir, history, anecdote and reportage, this legendary Berliner takes us behind the scenes - from wrenching stories of life under the Stasi, to the difference between East and West Berliners' sex-lives, to a present-day investigation of its arts scene, night-life, tumultuous politics and hidden quirks - revealing what makes Berlin the uniquely fascinating place it is.

Peter Schneider makes the city come alive. He knows his stuff and shares it beautifully, elegantly, generously and informatively. Berlin has found its bard'Breyten Breytenbach, author of 'Notes from the Middle World'

Praise for The Wall Jumper:

'Schneider's description of the Berlin wall from both sides . . . is the ultimate depiction of this structure. Nothing more need be said' Werner Herzog

Peter Schneider was born in Lübeck, Germany, in 1940, and has lived in Berlin on and off since the 1960s, when he was a key spokesperson for its radical student movement. Renowned as a novelist and essayist, he is now the author of more than twenty books, including the Penguin Modern Classic The Wall Jumper. He has taught at many universities, including Stanford, Princeton and Harvard, and written for many international newspapers, including Der Spiegel, The New York Times, Le Monde and La Repubblica.