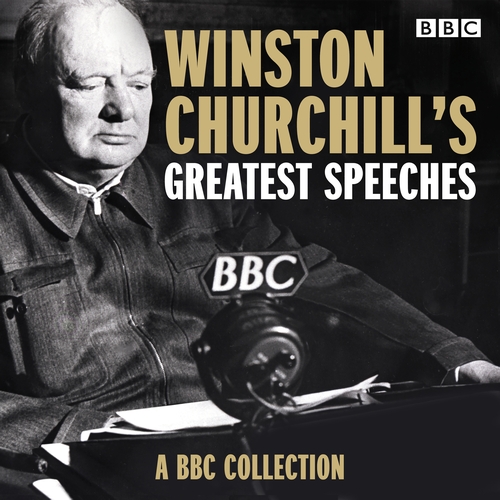 'The most persuasive and patriotic exhortations to arms since the Agincourt address from Henry V.' - The Guardian.


Sir Winston Churchill steered Britain through its darkest hours during World War II. He was one of the 20th century's greatest orators and the speeches that he painstakingly composed, rehearsed and delivered inspired courage in an entire nation. Churchill's output was prolific - his complete speeches alone contain more than 5 million words. On this special recording, the best and most important of those have been brought together in this historic volume.


Winston Churchill oversaw some of the most significant events the world has ever seen and he was the most eloquent and expressive statesman of his age. These speeches help reveal the man behind the defiant orator and demonstrate why, in a national poll, Churchill was voted 'Greatest Briton of All Time'. Many of his speeches were recorded after their original delivery because the Houses of Parliament did not have the facility to record live speeches at the time; fortunately, most were committed to tape later and we can today still hear the power of Churchill's oratory.


Bringing together digitally remastered archive recordings of Winston Churchill with readings by his grandson in the few cases where we can't hear from the great man himself, this collection of speeches includes:
'Blood, toil, tears and sweat'
'Give us the tools'
'We can take it!'
'A total and unmitigated defeat'
'The Few'
'This was their finest hour'
'An Iron Curtain has descended'
'Never give in!'
'Sinking of the Graf Spee'
'Fall of Singapore'
'Review of the war'
'Battle of the Atlantic'
'Victory in North Africa'
'Tribute to George VI'