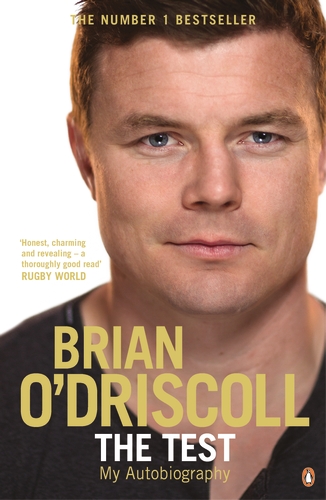 The bestselling autobiography of the greatest rugby player of our time: Brian O'Driscoll.

Since 1999, when he made his international debut, there has been no greater player in world rugby than Brian O'Driscoll. In 2010 Rugby World magazine named him its world player of the decade - and since then the legend has only grown.

Now, at the end of his amazing career - which culminated in fairy-tale fashion with Ireland's victory in the 2014 Six Nations championship - he tells his own story. Honest, gritty and thoughtful, Brian O'Driscoll's Autobiography is not just an essential sports book. It is an essential book about family, friends, hard work, courage and imagination.

'A thoroughly enjoyable read ... After reading The Test I warmed even more to O'Driscoll as a player and a man. He stood for a new ethos in Irish sport that refused to accept mediocrity or glorious failure' Fergal Keane, Irish Times

'O'Driscoll's honesty ... takes the reader to a place they simply have not been before' Vincent Hogan, Irish Independent