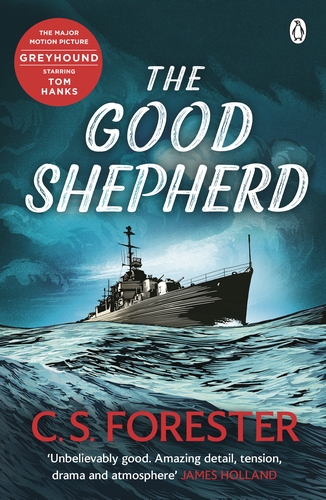 1942. America enters the war and an untested officer receives his first wartime command . . .

In charge is Commander Krause, a grizzled but unproven veteran of the U.S. Navy.

Over the next forty-eight hours he will stay on watch aboard the bridge of his destroyer as the convoy is hounded by a murderous wolf pack of German U-boats determined to sink every ship without trace.

But armed with extraordinary courage and grit, Commander Krause will battle the U-boats, tiredness, self-doubt and self-reproach, as he desperately tries to protect the ships and lives under his command . . .

This classic wartime novel is a thrillingly taut tale of bravery and determination against all odds, set during the darkest moments of the Second World War.
_______

'I recommend Forester to every literate I know' Ernest Hemingway