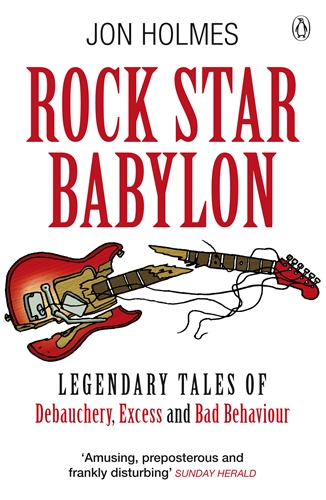 Why was Candle in the Wind for Diana a terrible mistake?

Which rock star left an unspeakable gift inside a hotel room hairdryer?

What's the story behind Ozzy Osbourne and the exploding mouse?

Rock and roll and rumour go together like Peaches and Geldof. Tales of outrageous excess, of the filth and the fury (not to mention the furry) are part of music's heritage.

Whether they're true or bare-faced lies, Jon Holmes has gathered together the greatest pop and rock myths and legends ever told. These stories have come straight from the mouths of those that were there, those that shouldn't have been there and those that were there for a bit but left early and only heard about it afterwards.