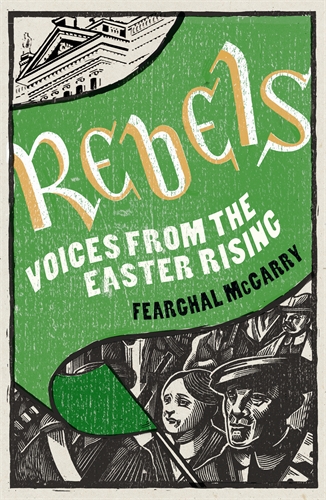 Voices from the Easter Rising

In 1947 the Bureau of Military History was established by the Irish government to record the experiences of those who took part in the fight for independence. In 1959, the results of this research - including 1,773 'witness statements' - were placed in 83 steel boxes and locked into a strongroom in Government Buildings. Rebels, edited by one of Ireland's top young historians, brings the best of the surviving accounts of the Easter Rising together into a comprehensive, accessible and thrillingly readable telling of that much-debated insurrection, the first in a series of events that brought about Irish independence. From the witnesses' recollections of their schooling and other childhood influences to their accounts of what happened at Easter 1916, Rebels tells this famous story in a new and exhilarating way.

'If you want to know what [the Rising] was actually like, then Rebels is a good place to start' Sunday Business Post

'The most moving material concerns the surrender and the aftermath, including imprisonment and the identification and interrogation of key figures in the Rising' Irish Times