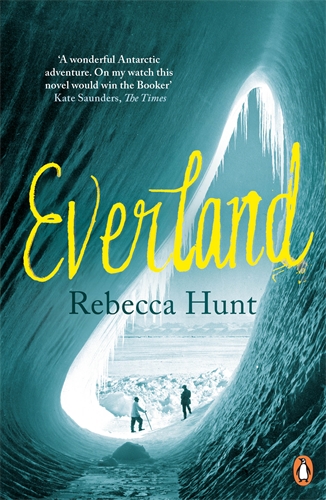 'Nothing short of stunning . . . something very powerful and unusual indeed' Guardian

'Hunt is a talented writer. On my watch this novel would win the Booker' The Times

1913: Dinners, Millet-Bass, and Napps - three men bound not by friendship, but by an intense dependence founded on survival - will be immortalised by their decision to volunteer to scout out a series of uncharted and unknown islands in the Antarctic, a big, indifferent kingdom.

2013: Brix, Jess, and Decker - three researchers with their own reasons for being far from home - set out on a field trip to the same ancient lumps of rock and snow, home to nothing but colonies of penguins and seals.

Under the harsh ultraviolet light, as all colours bleach out, and the world of simple everyday pleasures recedes, they unknowingly begin to mirror the expedition of 100 years ago.

Rebecca Hunt graduated from Central Saint Martins College with a first class honours degree in fine art. She lives and works in London. Her first novel, Mr Chartwell, was longlisted for the Guardian First Book Award and shortlisted for the Galaxy National Book Awards New Writer of the Year.