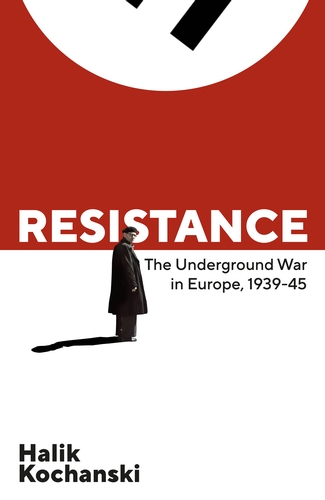 'The best book about the subject I have ever read' Max Hastings, Sunday Times

'A superb, myth-busting survey of the many ways in which the subjugated peoples of Europe tried to fight back' Saul David, Daily Telegraph

A sweeping history of occupation and resistance in war-torn Europe, from the acclaimed author of The Eagle Unbowed

Across the whole of Nazi-ruled Europe the experience of occupation was sharply varied. Some countries - such as Denmark - were allowed to run themselves within tight limits. Others - such as France - were constrained not only by military occupation but by open collaboration. In a historical moment when Nazi victory seemed permanent and irreversible, the question 'why resist?' was therefore augmented by 'who was the enemy?'.

Resistance is an extraordinarily powerful, humane and haunting account of how and why all across Nazi-occupied Europe some people decided to resist the Third Reich. This could range from open partisan warfare in the occupied Soviet Union to dangerous acts of insurrection in the Netherlands or Norway. Some of these resistance movements were entirely home-grown, others supported by the Allies.

Like no other book, Resistance shows the reader just how difficult such actions were. How could small bands of individuals undertake tasks which could lead not just to their own deaths but those of their families and their entire communities?

Filled with powerful and often little-known stories, Halik Kochanski's major new book is a fascinating examination of the convoluted challenges faced by those prepared to resist the Germans, ordinary people who carried out exceptional acts of defiance.